Supported by City of Wolverhampton Council and financed by Government, a Wolverhampton charity has announced a project to put a collection of unique video interviews online.

The Black and Ethnic Minority Experience Foundation (BE-ME) has received funding from the Ministry of Housing, Communities & Local Government to make available video recordings of interviews with people who migrated to Wolverhampton in the mid 20th century.

Windrush Generation Experiences Online will digitise 108 interviews carried out at the turn of the century. The original interviews, which are preserved at Wolverhampton City Archives, detail the struggles and achievements of Caribbean and other settlers and celebrate how they contributed to the development of Wolverhampton.

Patrick Vernon OBE, Social Commentator, Campaigner and Cultural Historian, has provided a special introduction to the historic interviews. He was the first to call for a day, now known as Windrush Day, to mark the contribution of the Windrush Generation to British society and led the successful campaign at the height of the ‘Windrush scandal’ along with the late Paulette Wilson and many others.

The display which will launch the online project opens on Saturday 3 October, coinciding with the start of Black History Month, and will run until Sunday 20 December.

To accompany excerpts from the digitised interviews, Wolverhampton Art Gallery will be displaying Spirit of the Carnival (c.1983) by Tam Joseph, a large scale powerful painting which captures the uneasy relationship between the police and African-Caribbean communities during the 1970s and early 80s in the UK. It is recognised as a key work by Tam Joseph and is a strong statement about ‘Black Britain’. It forms a core part of the Gallery’s Black Art collection, has toured extensively in the UK and has been exhibited in New York and Miami.

Wolverhampton is a diverse city where around 60 languages are spoken and is home to 10,000 descendants of the Windrush generation. The city has an exemplary record of community development and anti racist activity, for example establishing the first Race Equality Council in the country and in setting up the Afro-Caribbean Cultural Centre. In 1998, the council, in partnership with over 20 voluntary organisations, put on a successful event attended by over 3,000 people to mark the 50th anniversary of the arrival of the Empire Windrush, which lead to the founding of BE-ME (the Black and Ethnic Minority Experience Foundation) the following year.

Councillor Stephen Simkins, City of Wolverhampton Council Cabinet Member for City Economy, said: “As a council we are proud of the city’s arts and heritage collection and it’s wonderful that we can display it in so many different formats, sharing people’s stories either through print, sculpture or oral histories.

“The council has worked with numerous groups on supporting the Windrush Generation and continue to offer support when and where it is needed. It was a privilege to work with Paulette, who helped so many in the city too.

“This exhibition - a collaboration between BE-ME, University of Wolverhampton and the council - makes it possible for these important stories to be told, preserved and have a lasting legacy within the city, and I urge everyone to go and visit it.”

Frank Challenger, Project Supervisor, said: “Giving the interviews such a prominent platform will deepen the understanding of this shared history for the wider community. Patrick Vernon’s contribution will help put these reminiscences into their historical context and point to ways in which they resonate with contemporary concerns as well as creating a research tool and archive for future generations.”

Patrick Vernon added: “In the context of the recent death and burial of Paulette Wilson as a campaigner for justice for the Windrush Generation, this project, in preserving the oral history of this generation, is important. Paulette was a national treasure and that is why I am working with the family, local politicians and the community to establish a memorial in Wolverhampton. The Windrush Generation story is still invisible in Wolverhampton and the Black Country and thus it is important we preserve this legacy.”

The Windrush Day Fund was established in 2018 when the Government also announced an annual Windrush Day to be held on 22 June. These measures were taken in the wake of the political scandal concerning people who were wrongly detained, denied legal rights, threatened with deportation, and, in at least 83 cases, wrongly deported from the UK by the Home Office.

Entry to Windrush Generation Experiences Online is free. Wolverhampton Art Gallery is open Monday to Saturday (10.30am until 4.30pm) and Sundays (11am until 4pm). The café is also open.

Social distancing measures are in place, including a one way system around the Gallery, and visitors will be asked screening questions on arrival. Face coverings are mandatory for visiting. There is a video available at Wolverhampton Arts and Culture to see what to expect before you visit. 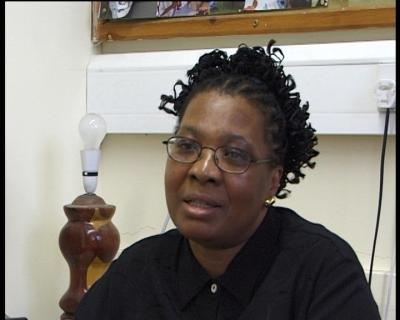 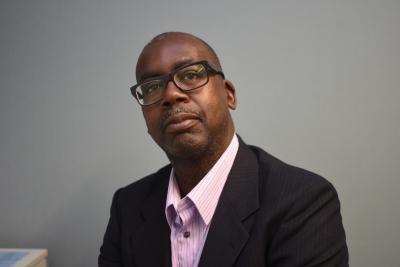