Campaign aims to challenge how we view adoption

The Regional Adoption Agency, Adoption@Heart, is supporting a campaign to encourage people considering adopting a child to challenge their view of adoption during National Adoption Week.

To mark the awareness week, a national campaign has been launched today (Monday 17 October, 2022) by the National Adoption Recruitment Steering Group ‘You Can Adopt’ which focuses on the theme of identity.

The campaign will explore adopted people’s reflections on their relationships from before, during and after the time they were adopted, connect them to their heritage, and understand how this helped them develop a sense of their identity as they grew up.

The campaign will challenge perceptions of modern adoption and show how important it can be for adopted people to understand and feel connected to their past – often through physical keepsakes such as letters, photographs or childhood toys and sometimes through meeting up.

The results of a survey published today by You Can Adopt show that 81% of people in the West Midlands say their identity is shaped through connections made throughout their life, and more than 76% say it is shaped by an understanding of their family history. Adopted people are no different, and many factors play a role in influencing who they are today – including special memories with foster carers and friends, contact with birth parents, knowledge of their family history and the relationships formed with their adoptive families.

To mark the week, ‘You Can Adopt’ has released a short film exploring the relationships and memories of 4 adopted people, as they look back through their own ‘memory boxes’ and keepsakes from their lives before and after they were adopted. The emotional film, available below, brings to life the connections that adopted people make and how their sense of identity has been formed through various connections in their lives.

Dawn Deans, Service Manager at Adoption@Heart, the Regional Adoption Agency for the Black Country, said: “This year’s National Adoption Week campaign has put adopted children/adults in the centre and it is encouraging to see a focus on modernising adoption – concentrating on the life long nature of adoption.

“Adoption and identity can be complex issues to explore. Adopted children come with their history and how we incorporate that into their adoption story is imperative; we see the importance of addressing these issues when responding to adoption support referrals. At Adoption@Heart, there is always support on offer to children and young people and to their adoptive parents throughout their lives.”

Sarah Johal, member of the National Adoption Recruitment Steering Group and National Adoption Strategic lead, added: "It's really important for adopted people to know about their own history, their family and where they come from.

“Having continued relationships where that is safe and appropriate is ideal, but if not, it is important for adopted people to have information, stories and keepsakes as connections to their past can really help children as they get older develop a positive sense of identity and emotional well being.

“With this campaign we want to show that adoption is not a line in the sand, when adopted people close the door on all connections to their life, memories, and relationships from before they were adopted. For the person who is adopted, it is one life – and issues around identity and belonging can come to the fore, particularly if they are not able to have a face to face relationship.

“That’s why, during National Adoption Week, we’re urging people to find out more about what modern adoption looks like and shining a light on the ongoing journeys of those who have been adopted.”

For more information about adoption, how to access adoption support, or to enquire about becoming an adopter, contact Adoption@Heart by visiting
Adoption@Heart, calling 01902 553818 or emailing info@adoptionatheart.org.uk. 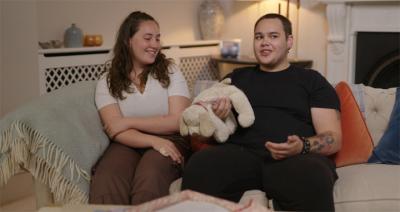 The Regional Adoption Agency, Adoption@Heart, is supporting a campaign to encourage people considering adopting a child to challenge their view of adoption during National Adoption Week