A ban on drinking alcohol in public places in parts of Wolverhampton has been extended for a further 3 years.

Members of the City of Wolverhampton Council's Cabinet last night (Wednesday) agreed to the extension after a recent consultation found overwhelming support for the measures – which have helped bring about a 35% reduction in calls about alcohol related incidents in the city over the last three years.

In addition to the city wide prohibitions, an outright ban on street drinking in St Peter's and Park wards, including the city centre, has been agreed. These measures were included in the original order and were sought again in response to local concerns.

The only exceptions are for licensed premises within these wards which have beer gardens or pavement seating areas, and for temporary public events which have received prior approval from the council's Licensing team.

Councillor Jasbir Jaspal, the City of Wolverhampton Council's Cabinet Member for Public Health and Wellbeing, said: "The Public Space Protection Order granted in 2017 has generally had a very positive impact on addressing the issue of people drinking in the streets in and around Wolverhampton, and there has been a welcome fall in the number of alcohol-related incidents since it was introduced.

“Over 95% of the 500 plus people who took part in the recent consultation were in favour of the ban order remaining in place. It also has the full support of police and will help the council meet its priorities of keeping the city clean and safe, by reducing alcohol -related litter and tackling anti-social behaviour and supporting businesses and encouraging investment by improving the city's image.”

The Public Space Protection Order will be reviewed annually to review impact and to consider possible variations if other locations become problematic. 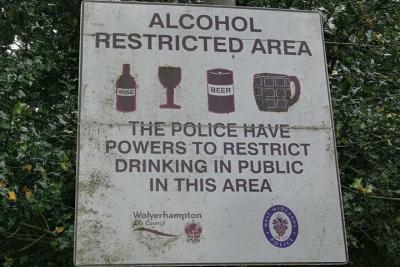