Service of remembrance as city marks anniversary of VJ Day

Wolverhampton will come together next week to mark the 74th anniversary of VJ Day – an event which effectively heralded the end of the Second World War.

Veterans, civic dignitaries and members of the public will be among those taking part in a service of remembrance at the Cenotaph in St Peter's Square on Thursday 15 August, 2019.

It will commemorate 74 years since Victory over Japan Day – the day in 1945 that the Japanese Army surrendered to Allied forces. In doing so, it brought an end to a conflict which had claimed the lives of an estimated 60 million people around the world.

The Burma Star Association’s Wolverhampton Branch, the City of Wolverhampton Central Branch of the Royal British Legion and the Wolverhampton and District United Ex-Service Council will attend the annual service at the Cenotaph from 11.30am.

It will begin with a parade of standards and veterans followed by prayers, the Kohima homily, Royal British Legion exhortation, the Last Post and 2 minutes’ silence.

Mayor of Wolverhampton Councillor Claire Darke will be among those in attendance. She said: “Commemorating VJ Day gives us the opportunity to remember the courage and bravery shown in the Far East by many thousands of British servicemen, some of whom were sadly never to return.

“It is now more than seven decades since the end of the Second World War and, as the number of veterans who are still with us sadly diminishes, it is very important that we continue to show our immense gratitude for the sacrifices they made for our freedom.”

Pat Johnson, chair of the Central Branch of the City of Wolverhampton Royal British Legion, said: “I’d like to invite everyone to join us and remember the sacrifices shown by countless Wulfrunians who served in the Far East during the Second World War, including the Chindits – the British India special force which served in the Burma campaign.”

The Lord Lieutenant of the West Midlands John Crabtree, the Mayor, members of the Burma Star Association and members of the public will be invited to lay wreaths.

Wolverhampton is a signatory of the Armed Forces Community Covenant, a pledge of mutual support between the city and its Armed Forces community.

It calls on local people to support the Armed Forces community, recognise and remember the sacrifices they have made over the years and encourage activities that help members of the Armed Forces integrate into local life. 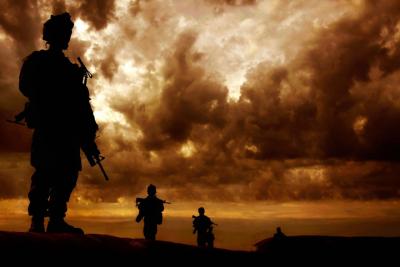