The launch of a new hate crime website and work to tackle aggressive begging, rough sleeping and reoffending are highlights of the Safer Wolverhampton Partnership's Annual Report.

The Partnership comprises a range of organisations committed to working together to tackle issues of crime and community safety in a coordinated way.

Its report, which was presented to councillors this week, summarises progress against the Partnership’s three strategic priorities, reducing reoffending, reducing victimisation and preventing violence.

Work has also taken place to reduce instances of aggressive begging and rough sleeping, and a mix of enforcement action, support and civil and protective measures have been used to tackle vehicle crime, burglary, shoplifting and domestic abuse.

A multi agency strategy has provided "clear direction" in shaping Wolverhampton’s approach to tackling domestic abuse, sexual violence, female genital mutilation, honour based violence and forced marriage, and has been refreshed to also incorporate stalking and harassment. A successful training scheme for GPs has also led to increased numbers of referrals to agencies.

The report highlights the "excellent progress" which has been made to address hate crime; there are now 16 third party reporting centres in the city, widespread training has been rolled out and a new website - stophatewv.net - was launched earlier this summer.

As a result, reports of hate crimes have increased markedly year on year, which has been welcomed by the Partnership as evidence that victims are feeling empowered to report crimes committed against them.

Good work has also taken place to prevent violence. Strong focus has been given to providing early intervention and prevention activities for those at risk of gang involvement, or to young people who are already involved in gangs or youth violence.

Services have also been commissioned in hotspot areas where gang activity and youth violence are prevalent, while a new strategy is due to be launched shortly which, for the first time, aims to tackle violence and exploitation in Wolverhampton in a more holistic way.

Mark Taylor, Chair of the Safer Wolverhampton Partnership, said: "The annual report highlights the good progress that agencies have made in the last 12 months. Of particular note is the work we have done around hate crime, which has led to a dramatic increase in the number of people who feel empowered to report crimes against them or people they know."

Councillor Jasbir Jaspal, the City of Wolverhampton Council's Cabinet Member for Public Health and Wellbeing, said: "Moving forward, the council and its partners will continue to tackle some of the most challenging community safety issues, with a particular focus on the three key priorities of reducing reoffending, reducing victimisation and preventing violence."

Members of the council's Cabinet endorsed the annual report when they met on Wednesday (10 July 2019).

To find out more about the work of the Partnership, please visit Safer Wolverhampton Partnership. 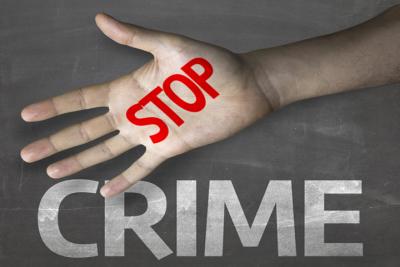