Today, City of Wolverhampton Council obtained approval from the High Court, Birmingham District Registry, to continue to protect the city’s most vulnerable sites against unauthorised encampments.

In October 2018, the High Court granted an injunction for 3 years, with an order for a review hearing to take place after 12 months, to review the injunction and discuss the status of the transit site.

Today, the City Council returned to the High Court to attend the review hearing and to make an application to vary the injunction to protect more sites in the city including Bantock Park, Heath Town Park and WV Active Aldersley.

As part of its variation application, the Council also asked for Nettlefolds Park, Villiers Primary School and two pieces of land Off Wobaston Road and Land at the rear of Inkerman Street to be removed from the injunction as, having been developed since the original injunction was argued, they were no longer considered at risk of illegal incursions.

In addition, the City Council updated the High Court with details of the progress that has been made to identify a piece of land for a proposed transit site.

Acknowledging the progress that has been made and recognising the need for an injunction in Wolverhampton, the High Court judge, Mr Justice Stuart-Smith approved the continuation of the injunction and the application to vary. He also set a requirement for the Council to return to court in July 2020 for a further review hearing to discuss the progress of the transit site.

Mr Justice Stuart-Smith said: “It is a pleasure to find a council that is taking its responsibility so seriously and taking steps to obtain a suitable site.

“I thank you for presenting this case so nicely.”

The injunction enables the City Council to evict travellers encamped on the protected sites more quickly and save taxpayers’ money being spent on expensive court proceedings and excessive clean up operations.
Anyone illegally occupying any of the protected sites could be arrested and imprisoned, fined or have their assets seized.

The injunction restrains anyone from setting up encampments at the following sites in the City of Wolverhampton:

Ross Cook, Director of City Environment at City of Wolverhampton Council said: “The High Court has granted the continuation of the injunction and accepted our application to vary and to protect more vulnerable spaces.

“Unauthorised encampments have caused a lot of disruption to our residents, businesses and services over recent years.

“Since the injunction has been in force, the council has been able to fast track its response to illegal incursions and remove anyone who pitches up on our protected sites more quickly.”

The City Council will return to the High Court on Monday 20 July 2020 at 10.30am for a further review hearing.

To find out more about the injunction and the protected sites visit Traveller Injunction. 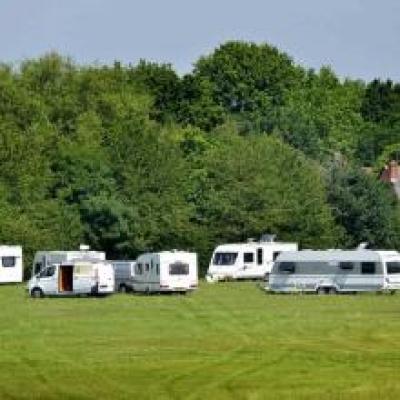