A Black Country man is fundraising to honour his wife’s memory after she lost her life to coronavirus just as the pair were about to become adoptive parents.

Geeta Kalsi, aged 45, who worked as a customer service manager at Tesco in West Bromwich, tested positive for Covid-19 in January this year and died in hospital five days later.

Now her heartbroken husband, Harjinder Kalsi, aged 41, of Bilston, has embarked on a fundraising campaign for adoption charities in Geeta’s memory and wants to encourage more people from black, Asian and ethnic minority backgrounds to consider adoption – especially amongst the South East Asian community.

Harjinder, a call handler with Staffordshire Police, said: “Geeta was the warmest, kindest and most caring person you could ever meet, she was the light of our lives. Her family have lost a sister, a daughter, an aunt. Her work has lost a colleague and a friend, I have lost my wife, my partner, my soulmate.

“We both wanted to be parents, it was her dream to become a mum, she would have been an amazing mum and when we couldn’t conceive naturally, we decided to pursue adoption rather than the intrusive procedures of IVF.

“We were so close to achieving our dream together, we had been through the process with Adoption@Heart and were looking forward to welcoming a child into our lives. We had decorated the house and created a nursery in anticipation.

“Then in January, we both became unwell with Covid, Geeta was admitted to hospital and within just a few days she passed away. It was so sudden, so unexpected, nothing can prepare you for it and I still don’t think I have been able to grieve or come to terms with it.

“When Geeta died I felt like my dreams and my future died with her. The life we were planning together as parents was over.

“It is still incredibly raw, but what is keeping me going now is to do something positive in Geeta’s memory – something I know she would want me to do. I’m raising money for an adoption charity and I also want to get the message out there to encourage people to adopt – to tell them that the process is not as scary and daunting as they might think.

"Too often people think of adoption as a last resort, but I want people to think of it as a first resort. If you want to be a parent, you can fulfil that dream through adoption and at the same time give a life full of love to a child who has not had the best start in life.”

Harjinder and Geeta had always wanted to be parents. After struggling with fertility and deciding IVF was not the right path for them, they looked into adoption and got in touch with Adoption@Heart, the adoption agency run by the 4 Black Country councils, in early 2020.

They were approved as adopters and were looking forward to welcoming home a child. Tragically, the pandemic has not only taken away Harjinder’s wife, but also their dreams of starting a family.

Fundraising efforts so far have mainly come from Harjinder and Geeta’s work colleagues, as well as donations from family and friends. A total of £2,800 has so far been raised in memory of Geeta and Harjinder hopes to raise much more by telling his story.

Harjinder is also keen to encourage more people to adopt, especially amongst the British Asian community.

He said: “There is a stigma with some people in the Asian community around adoption, with many people not really understanding the process and those who are worried about what others may think. In fact, it took us a while to tell friends and family we were adopting, however once we did, everyone was very supportive.

“There are a lot of fears, myths and misconceptions within the community and I want to really get the message across that adoption is for everyone, there is no stigma or shame attached to it and within the Asian community, we should talk about it and consider it as a way of enabling people to fulfil their dream of becoming parents.

“There are so many children who need families, and so many people who want to be parents, so it’s about educating people that adoption can be your first choice, not your only choice.”

As a regional adoption agency run on behalf of local authorities, Adoption@Heart was honoured but unable to accept Harjinder’s fundraising donation, however, it put him in touch with Adoption Focus, a voluntary adoption agency in the region who it frequently works in partnership with.

Adoption Focus is a dedicated and experienced adoption agency that specialises in recruiting, assessing and approving adopters – it then works with Local Authorities to place children with them.

Adoption Focus is working closely with Harjinder and Adoption@Heart to decide how the money should be spent.

Mark Tobin, Adoption@Heart head of service said: “We were incredibly sad to hear of the passing of Geeta and our thoughts and sympathies go out to her friends, family and her husband Harjinder.

“Everyone you speak to at our agency about Geeta, always remembers her as a happy, friendly and caring person.

“I know the money Adoption Focus will receive will make an amazing difference to the children and families they support, helping the most vulnerable children in our society achieve a happy and secure childhood.

“We will do all we can to help Harjinder honour his wife’s memory and support Harjinder at this incredibly difficult time.”

“Adoption Focus is also fully supportive of his drive to encourage people of Asian heritage to consider adoption and are looking forward to welcoming any adoption enquiries that we receive as a result of this.”

Anyone wishing to make a donation in Geeta’s memory can do so via Adoption Focus.

Anyone can adopt, whether they are single, living together, married, a same-sex couple, in employment or not working, or already have children or not. Potential adopters must legally be a UK resident and have been so for at least 12 months, as well as being aged 21 or over. 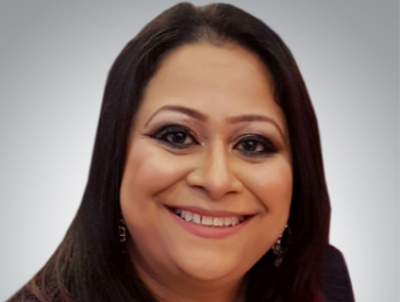 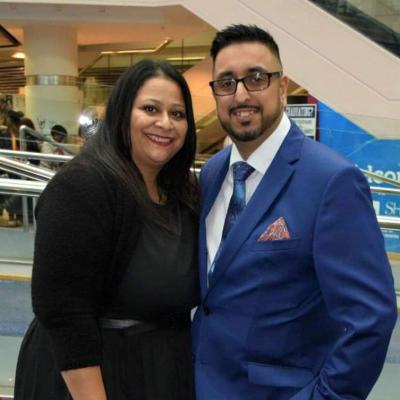