The first historic photographs to be saved from the Express & Star photo archive have been digitised and made available to the public via a free website.

Around 3,000 images of the history of the industrial past of the Black Country and its surrounding areas have been preserved for future generations and published on the website.

The Express & Star Photographic Collection partnership received a grant from the National Lottery Heritage Fund to produce a website and digitise photographs dating back over the past century.

The work realises the partnership’s ambition of making the photographs available through a single web portal, allowing free on-line public access to the unrivalled images of local events, momentous and every day, for the first time.

The first images to be published on the website include photos from the 1960s taken at steel industry operations across the region, images from the final years of mining and pictures of workers for brands with local heritage including Cadbury’s and Chubb.

The project partnership was set up back in 2008 by leading regional daily newspaper the Express & Star with the University of Wolverhampton and Wolverhampton City Archives to ensure the printed photos taken throughout the 20th Century were made available to the public via an online platform.

Development funding of £59,800 was initially awarded to the partnership in 2014, which includes Black Country community group representatives, to progress their plans. The funding support has seen vital archiving work carried out by a group of committed volunteers, followed by the digitisation of part of the collection and the development of the website by archive specialists Orangeleaf.

The Express & Star photo archive has been described as one of the most important regional photograph collections in the country, as it includes photographs of royal visits and speeches by Prime Ministers, through to images of local ways of everyday life which have been replaced in the modern world.

The industrial images were selected after a survey of 750 local respondents by heritage development consultants Tricolor Associates showed the subjects the public wanted to see prioritised were industrial history, the War years and the changing local landscape.

Express & Star editor Martin Wright welcomed the move to make the photos available to the public. He said: “We are delighted that the first photos have been brought back to life for local people to revisit their shared history, all on a website made available for free.

“We are grateful to the National Lottery Heritage Fund for supporting our partnership with the University of Wolverhampton, Wolverhampton City Archives and local community groups.

“Some printed images are deteriorating over time so the preservation work is vital. Thank you to all of the readers and members of the public who supported the project during the painstaking work needed to preserve the photographs.”

Scott Knight, of the Faculty of Arts at the University of Wolverhampton, has worked on the project since the initial partnership discussions in 2008. The University managed the grant and the digitisation work throughout the project. Scott said: “Preserving this valuable collection meets the University’s brief of making a lasting positive difference to the Black Country and the wider region.

“This collection is a historical source and captures hundreds of personal stories about the changes in life for the region, making it valuable to local people, as well as students and academics. We will work with the partners to apply for further grants and donations to preserve other sections of the collection.”

Heidi McIntosh, City Archivist for Wolverhampton, said the digital archive would be “a hugely important historical resource”. She added: “The City Archives gets regular enquiries from people wanting to trace old photographs from the Express & Star, many of which can be very time-consuming to find. This website is a stepping stone to providing wider access for people as they increasingly use digital tools.”

Chris Leggett, marketing and communications director of Express & Star publisher Midland News Association, chaired the project steering group. He said: “On behalf of everyone who worked on the project, I would like to thank all our partners and supporters for their combined efforts in preserving these photos for future generations. We are especially grateful to our volunteers, who gave a combined total of 260 days of goodwill time to help organise the physical archive ready for its transition to digital.”

Work will now begin on securing funding to preserve other historic photos, including local and mostly unseen images of World War II, as well as landmarks and places. The collection includes wartime images which were not published due to government censorship and a photograph of American civil rights activist Malcolm X visiting Smethwick in 1965, nine days before he was assassinated. Following digitisation, the original images have been transferred to Wolverhampton City Archives where they will be preserved for future generations. 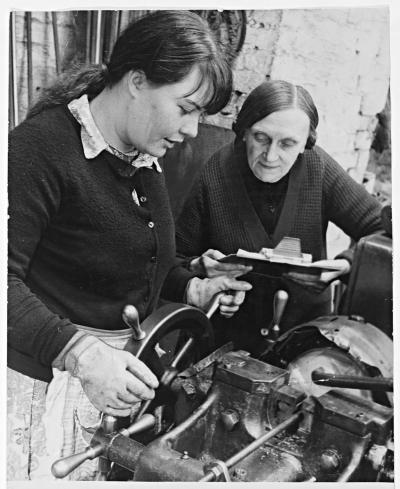 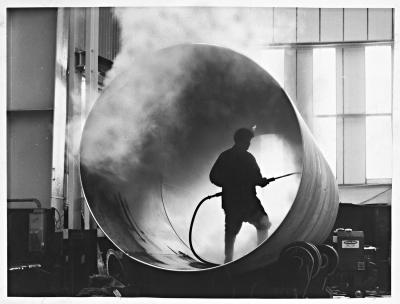 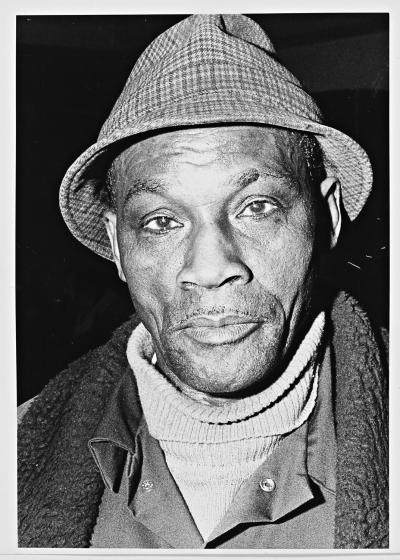 March 22, 1979: Fight against closure. Samuel Walker, a pump attendant at the British Steel plant in Bilston.