Two members of the City of Wolverhampton Council’s School Improvement Team spent their holidays volunteering in Africa to assess a Comic Relief funded project to improve literacy among young children.

The Libraries and Literacy Project had come to an end, and Head of School Improvement Amanda Newbold and Citizenship Language and Learning Senior Advisor Mark Smith visited Ethiopia to assess its impact, highlighting successes and recommendations for next steps.

The project worked with 52 rural schools in the west of the country, aiming to improve the teaching of reading and access to libraries for primary aged children.

Amanda and Mark visited schools to talk to teachers, pupils, community members and government officials, and also enjoyed the local cuisine and lots of coffee, which is thought to have originated in Ethiopia.

Amanda said: "As a council we are committed to giving children and young people the very best possible start in life; Mark and I share those values and so we were only too happy to volunteer for this opportunity.

“The Libraries and Literacy Project has been a resounding success; it has led to the development of libraries in each of the 52 schools, and provided books, furniture and very importantly funding to employ a librarian. In some cases, the project even worked with the community to build the library in the first place.

"Children were using the libraries on a regular basis, and their ability to access and borrow books was clearly helping to drive up standards of both teaching and learning, and supporting disadvantaged children to access education.

“For example one disabled child we spoke to told us that she was now able to borrow books which enabled her to continue her studies during the rainy season when the mud stopped her from getting to school."

Mark, whose wife Selam is Ethiopian and who lived in the country for a number of years, added: “People still have images of Ethiopia linked with famine – but it’s no longer true. There is still poverty but it is fast developing and people in Ethiopia see education as the key and so it’s great to contribute to that in a small way.”

To fund a librarian in a school, ensuring the libraries are open all year around, costs £200 per year. In a country where youth unemployment stands at 40%, this importantly provides a young person with a job – and in many cases this income funds their continued studies, for example, at college or university.

Children from 3 primary schools in Wolverhampton – Graiseley, Rakegate and Lanesfield – have each fundraised to sponsor a librarian. Businesses, schools or other organisations which would like to do the same are asked to please email mark.smith2@wolverhampton.gov.uk for further details.

Councillor Dr Michael Hardacre, the City of Wolverhampton Council's Cabinet Member for Education and Skills, said: "It's great to see that dedicated education colleagues are giving up their time to support a fantastic project such as this one, which is transforming the lives of children and young people in one of the poorest parts of the world.

“I would also like to thank Graiseley, Rakegate and Lanesfield Primary Schools for giving their backing by fundraising in order to pay for librarians.” 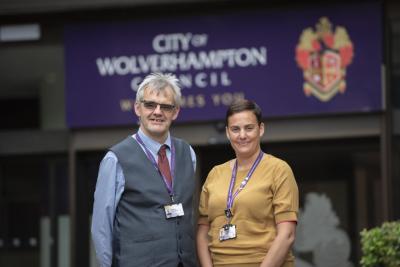 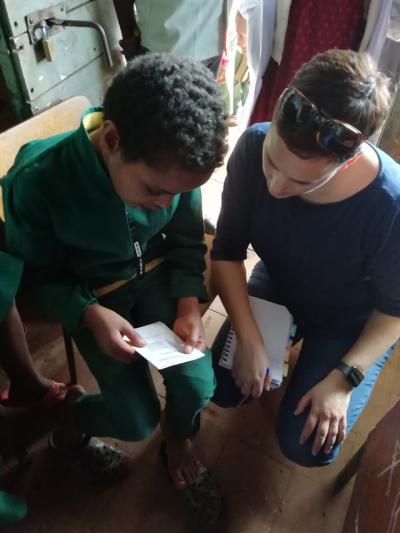 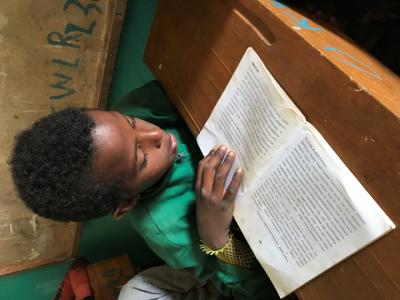 The project was a resounding success, helping improve literacy rates among young children