The City of Wolverhampton Council has secured a landmark ruling at the European Court of Justice which will protect the rights of pregnant self employed women right across Europe.

The ruling relates to the case of an EU national living in Wolverhampton who had to wind down her business whilst heavily pregnant. When her son was born she claimed Child Benefit, but HM Revenue and Customs said she could not retain her ‘self employed’ status and therefore no longer had a right to reside in the UK, claim benefits or access housing support.

The ruling, handed down by the European Court of Justice recently, allows pregnant women to retain a right to reside in the UK during the latter stages of pregnancy and maternity and to be eligible for child benefit, tax credits, homelessness assistance, social housing and other related benefits.

Welfare Rights Unit Manager Thomas Holdcroft, who began representing his client in February 2015, said: "I assisted her to appeal this decision and represented her at tribunal in September 2015.

“We argued that an ‘employed’ woman in her position would have been able to retain her ‘employed’ status if she had been forced to cease working because of the latter stages of pregnancy, and so it was unjust for HM Revenues and Customs to treat a ‘self employed’ woman any differently when deciding whether they were entitled to Child Benefit.

"Moreover, the ‘Treaty for the Functioning of the European Union’ encourages the right of freedom of movement and to deny people the benefits to which they are entitled to would have the effect of discouraging people from travelling to the UK in order to exercise their Treaty rights."

"Our appeal was successful, but HM Revenue and Customs challenged it and the case was eventually referred to the European Court of Justice because of its high profile – this is a very complex area of European law, and it was clear from the outset that the outcome of this case would not just effect people in the UK, but women across Europe."

The council's Welfare Rights Service instructed Adrian Berry and Desmond Rutledge of Garden Court Chambers, who were already dealing with a similar matter, with the European Court of Justice issuing its ruling recently.

Thomas added: "This has been a long and protracted case, but we are very pleased with the verdict which will benefit many self employed women, not just in Wolverhampton and the UK but right across Europe."

Councillor Linda Leach, the City of Wolverhampton Council's Cabinet Member for Adults, said: "This important ruling protects the position of women and new born babies. Had HM Revenue and Customs won this case, many women would have lost their means to live in the UK at a critical time in their lives." 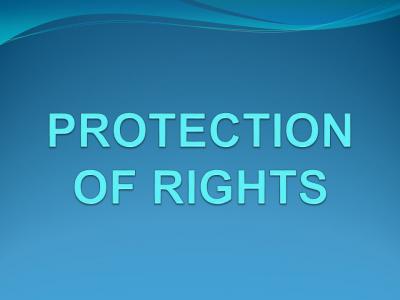