Frank Skinner is bringing his new ‘Showbiz’ tour to the City of Wolverhampton this autumn.

The comedy legend will be appearing at Aldersley Leisure Centre on Tuesday 29 October at 8pm. Tickets will go on general sale from 10am on Friday (22 March).

It follows on from the success of comedy shows by Sarah Millican, Jason Manford, Dave Gorman and Joe Lycett at Aldersley Leisure Village last November.

Since his last tour, Frank’s only live comedy appearances have been with ‘The Man with No Show’, which saw him perform an hour of completely improvised stand-up comedy with no material and no set list. Now Frank is back after 4 years.

City of Wolverhampton Council Cabinet Member for City Economy, Councillor John Reynolds, said: “We are delighted to have pulled off such a coup in securing a show at Aldersley Leisure Village from one of the country’s most well loved stars.

“It again shows the City of Wolverhampton is able to attract the best of the best while its usual home – Wolverhampton’s Civic Halls - undergoes major refurbishment and improvement works to make it a world class venue.”

Frank announced the ‘Showbiz’ tour during a non stop 10 hour radio show, which marked the 10 year anniversary of his hugely successful career at Absolute Radio.

From early award winning stand-up tours, through to television shows ‘Fantasy Football League’ and ‘Baddiel & Skinner; Unplanned’ with David Baddiel in the 90s, on to the huge success of their football anthem ‘Three Lions’ then over to 6 years hosting BBC’s ‘Room 101’ and finally on to Absolute Radio’s ‘Saturday Morning Breakfast Show’, all interspersed with sell-out tours, Skinner has become a mainstay of stage, screen and radio for the past 30 years.

‘Showbiz’ is described as ‘An unmissable opportunity to see comic legend Frank Skinner perform brand new stand up in an intimate space.’

The Times has declared his stand-up as ‘provocative, remorseless, and very, very funny’ while the Evening Standard name him as ‘one of Britain’s funniest men’.

Tickets for the Aldersley Leisure Centre show will be available from wolvescivic, from 10am on Friday.

Parking for comedy events at Aldersley Leisure Village is available to book as a travel option at the point of sale, when customers book their show tickets. 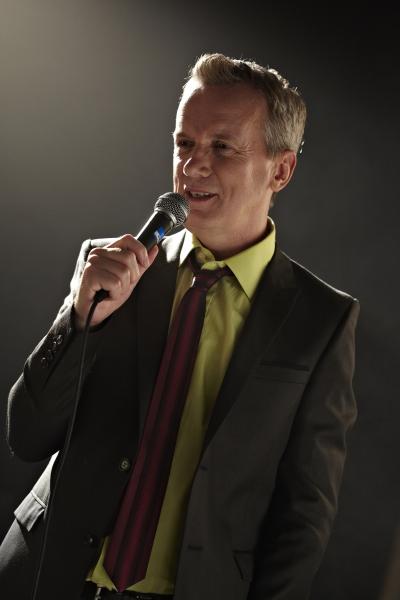