City of Wolverhampton Council is set to return to the High Court at its first review hearing of the traveller injunction next month.

On 2 October, 2018, an injunction was granted by the High Court, in Birmingham, to protect Wolverhampton’s green spaces and other vulnerable sites against unauthorised encampments at 60 sites across the city.

Mrs Justice Jefford DBE ordered the City Council to return to court in a year’s time for the court to evaluate the injunction against persons unknown.

The review hearing will take place on Thursday 5 December at 10.30am at Birmingham District Registry, Civil Justice Centre, The Priory Courts, 33 Bull Street, Birmingham, B4 6DS.

The purpose of the review hearing is to determine how effective the injunction has been, whether there is a need for the injunction to continue, if there are any new terms to be discussed and to discuss the status of a transit site.

The City Council will request for additional locations to be added to the protected sites including Bantock Park, Heath Town Park and WV Active, Aldersley.

These sites were affected by unauthorised encampments after the council applied for the injunction which, despite the council’s efforts, meant they were unable to include them on the original list of sites.

The following areas will be requested to be removed from the list of protected sites as they are no longer at risk of an incursion due to new developments built on the sites over the past 12 months.

Councillor Steve Evans, Cabinet Member for City Environment at City of Wolverhampton Council said: “Last year, we were asked why the injunction only covered certain areas.

“It was made clear that a blanket ban across Wolverhampton was not feasible without a transit site and we were required to provide evidence to demonstrate the need for each of the 60 sites to be protected by the injunction.

“Now we have the evidence for the additional locations, we are able to request for these sites to be protected.

“We have also decided to remove other areas, that are no longer considered to be vulnerable as they have been redeveloped over the past 12 months.

“We hope the high court approves our requests to continue to protect our most vulnerable open spaces.” 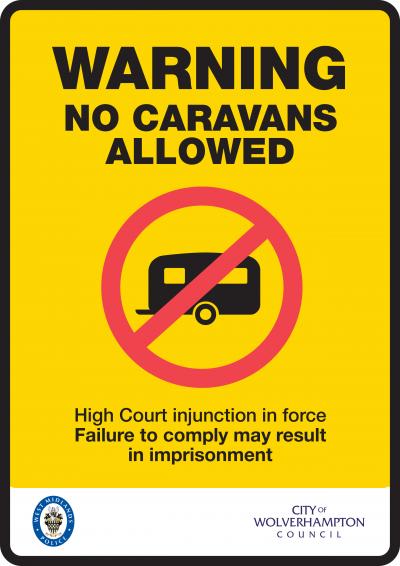