A Wolverhampton bar which displayed a “severe and flagrant disregard” for Covid regulations on multiple occasions has had its licence revoked by council licensing chiefs.

Customers at Blossoms, based in North Street, were “needlessly exposed to unnecessary risk during a health pandemic”, a meeting of the council’s licencing sub-committee heard this week.

The committee was told that multiple breaches of licencing requirements and Covid regulations were witnessed at the bar in August and September by council and police officers.

They included severe overcrowding and a complete lack of management to prevent the spread of infection. Social distancing was not being observed in a queue outside and inside the bar people were packed into the venue across two floors.

Customers were forced to shout to hear each over very loud music and dancing was taking place – both things were illegal under Covid laws due to infection risk.

Despite attempts by the council’s environmental health team to work with the venue to ensure the licence holder was fully aware of the regulations, further Covid breaches still took place.

Licensing breaches also occurred, including a refusal to supply the council or police with requested CCTV footage, a lack of staff training records and operating without a personal licence holder being on the premises.

Licensing sub-committee members have published their decision today following the hearing yesterday which was to revoke the licence in accordance with Section 52 of the Licensing Act 2003.

Councillor Alan Bolshaw, chairman of City of Wolverhampton Council’s licensing committee, said: “The overwhelming priority of the council is to keep its residents safe and free from harm, regardless of the nature of the threat.

“Blossoms put people in danger by ignoring laws designed to protect people during a deadly pandemic.

“The council tried to help them to ensure they understood the rules, but unfortunately this support and advice fell on deaf ears and the bar continued to ignore the law on multiple occasions.

“Committee members were satisfied after hearing the evidence that the decision to revoke the licence of Blossoms was an appropriate and proportionate action for the promotion of the prevention of crime and disorder, and public safety licensing objectives.”

Superintendent Simon Inglis, from Wolverhampton Police, said: “We have worked very closely with the local authority licensing department and public heath colleagues with regards to this premises over the past few months.

“Whilst it is with regret that a business that would ultimately support the local economy has to remain closed, we fully support this decision on the basis that the need to protect the health of the community comes first.

“In addition to this, we will be consistent in our approach and if we identify other locations within the city that are prepared to breach the regulations in this way and fail to put in the proper controls, we will support further such action.

“Our aim is to support local businesses that seek to support the city and its economy, but on behalf of those businesses that have complied with the regulations, we will work in partnership to ensure those that put the health of the city at risk are prevented from doing so.” 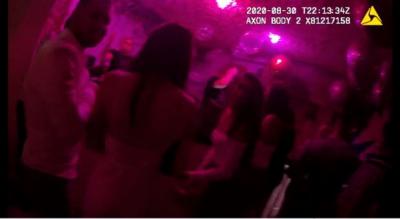 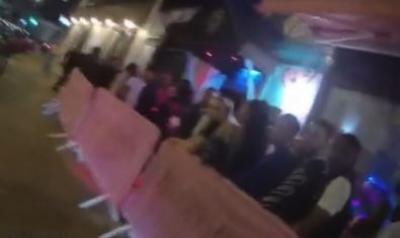