Almost 35 acres of green space has today (Friday 28 June) been officially opened on what used to be derelict industrial land in Bilston.

The Mayor of Wolverhampton, Councillor Claire Darke, marked the occasion in a ceremony at the Bilston Urban Village location.

Award winning company idverde have transformed the area, creating a conservation and recreation area connected by a network of paths that link existing and new housing developments to key destinations like the town centre, WV Active Bilston-Bert Williams and the new Loxdale Primary School, which is due to open its doors in September.

The open space has been designed to increase biodiversity in the area through woodland management, meadow planting, waterside planting and the provision of bird and bat boxes.

The land is also intended to enable local people to lead more active lifestyles, with links through to the improved towpath on the Bradley Arm Canal providing longer walking and cycling routes.

It also includes a pond which is designed to take excess storm water from the surrounding area at times of high rainfall and is enabling the construction of 500 Bilston Urban Village homes by developers Kier and Countryside.

Councillor Harman Banger, Cabinet Member for City Economy, said: “The official opening of this space as part of Bilston Urban Village is a major milestone in the delivery of a comprehensive regeneration programme for Bilston.

“It sits on the doorstep of 2 schools and will contribute directly to the quality of life of local families, as well as providing a fabulous learning resource.

“The pooling of a number of funding streams has enabled the creation of a true ‘garden city’ in this part of the Black Country.”
Previously occupied by GKN Sankey, manufacturers of a wide variety of metal items, part of the land will be known as Nettlefolds Park in a nod to the ‘N’ in GKN (Guest, Keen and Nettlefolds).

The land is also set to be leased to the Land Trust, securing its green status for at least the next 125 years. 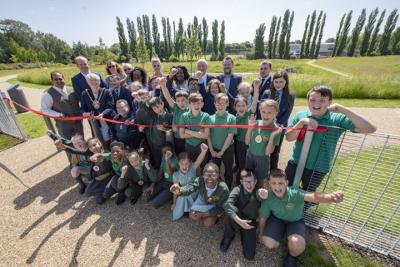 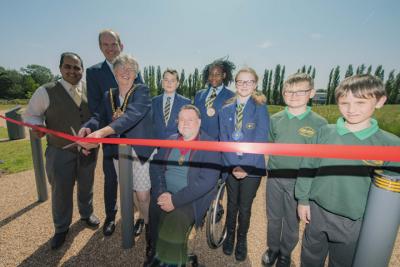