Beverley crowned Young Councillor of the Year at national awards

A City of Wolverhampton councillor has been crowned ‘young councillor of the year’ at a national awards ceremony.

The 29 year old is a Labour councillor for Ettinghsall Ward and is also the council’s digital innovation champion.

She was declared young councillor of the year after judges concluded she had “achieved more in her 2 years as a councillor than most people do in a lifetime.”

They praised projects she has been involved in including Howell Road Allotments which was featured on BBC News, as well as her volunteering and all round support of the Excel Church Food Bank during the pandemic.

Her work as digital innovation champion for the council, as well as taking in homeless people to come and live with her were also highlighted as reasons for winning the award.

The young councillor of year category aims to recognise local politicians under the age of 30 making a big difference in their local communities.

The average age of a councillor across the country is 59 which can make it challenging for younger people to have the opportunity to make their mark.

Leader of City of Wolverhampton Council, Councillor Ian Brookfield, said: "I'm delighted that Councillor Momenabadi's work in her ward and the wider city has been recognised nationally by the LGIU.

“It's richly deserved and is a tribute to the 'above and beyond' work Beverley has done in Ettingshall to support her local community - especially during the covid pandemic. She's also our digital champion and is working hard to make Wolverhampton one of the most digitally inclusive cities in the UK.”

Councillor Momenabadi said: “It's a privilege and an honour to serve the community of Ettingshall and the city of Wolverhampton, one which I never take for granted.

“COVID-19 has been extremely hard for many families, there have been job losses, bereavements and it’s been tough for many local people.

“I’d like to thank everyone that nominated me, I was up against some tough competition across the country so it’s truly an honour to have won.

“Out of darkness, cometh light - our city motto has never been more relevant. Like many cities, we’ve been hit hard by the pandemic, but we will reset, recover and relight the city of Wolverhampton.

“COVID-19 has taught many of us what it means to serve the community, and this year, I have worked with some amazing organisations to ensure that we do just that.”

Two other City of Wolverhampton councillors were shortlisted in last night’s LGIU awards - Councillor Zee Russell who was in the running for a lifetime achievement award and Councillor Jas Dehar in the community champion category. 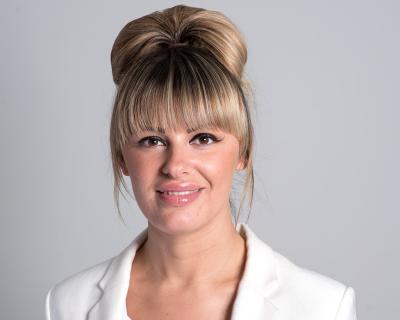